The weather has been getting better and better, like spring has finally hit the North, so after work we decided to head out for a walk to try and make the most of it! As the evenings aren’t yet at their longest we have been picking off the smaller peaks one by one, making sure we don’t get caught out in the dark. This time we picked Little Mell Fell – a tiny walk with a massive view!

Little Mell is a small fell in the Ullswater Valley, set back from the lake and situated at the north end, it feels very remote as the journey to the start relies on quintessentially Cumbrian, windy, single track roads. The walk itself is about a mile to the top, if that, and is fairly steep for the whole route, although the track is not well made, it is well-trodden.

Finding a suitable starting place, which here essentially means finding somewhere to leave the car where it won’t get in the way of the inevitable tractors, was easy enough – right at the start, where the stile crosses the fence there is a small layby (very handy!) However, at this point it felt as though you had driven up half of it which is a little underwhelming. We did actually debate doing something a little longer and more challenging, but we decided to stick with our original choice as it was a Wainwright we haven’t ticked off yet and the general feeling was ‘we may as well since we are here!’ So off we went… 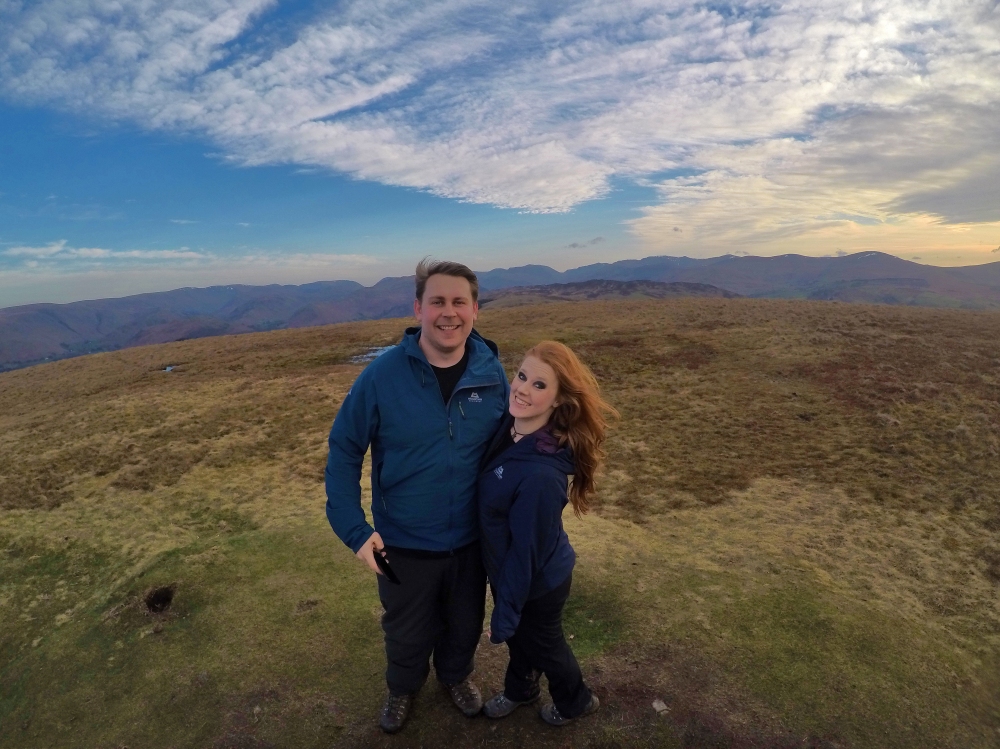 Climbing over the stile puts you in a very muddy field, crossing this only a short way and you can quite clearly see Little Mell rising up ahead of you and the trodden track to follow. Starting the climb the mud very quickly disappears and, due to the incline, every 20 or so steps seems to eat up a huge chunk of the height gain. The view to the right is down into the Ullswater Valley itself and to the left is towards Blencathra and the start of the western lakes. The steepness of the path does not ease until you reach the top, the peak is indicated by the usual stone cairn, and it is here you see the worth of this little mound. The views are far reaching and very beautiful, looking one way you see the north end of the lake and the flatter land that spans out ahead of it and looking the other, further into the Lakes, you can see endless peaks stretching out as far as you can see.

Having had wet weather only a day or so before the trodden track was more muddy than we expected. The ‘path’ was made up of individual footprints which had been used over and over again until there was no grass left, they were slippy and still fairly steep, although mildly less steep than the slope itself. After having a few backwards slides we decided to opt for the grass, neither of us fancied falling over! We stopped often to take in the views behind us, the sun was warm and the wind direction meant we were protected where we were. Getting to the top took no time at all, and we were able to enjoy an evening which seemed to be getting better and better, although at this point we were up in the wind and we hadn’t realised how strong it had gotten while we were walking. 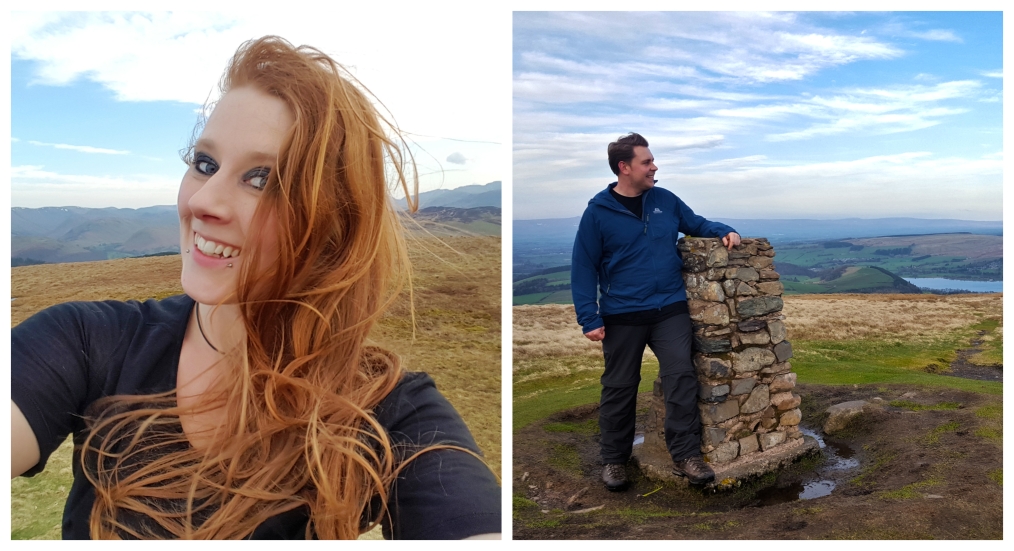 Ullswater was bright blue and the grassy hills shone green. The sky was bright with interesting white clouds stretching across it and to the west the sun was shining through the heavier cloud coverage creating a more moody light over the hills. 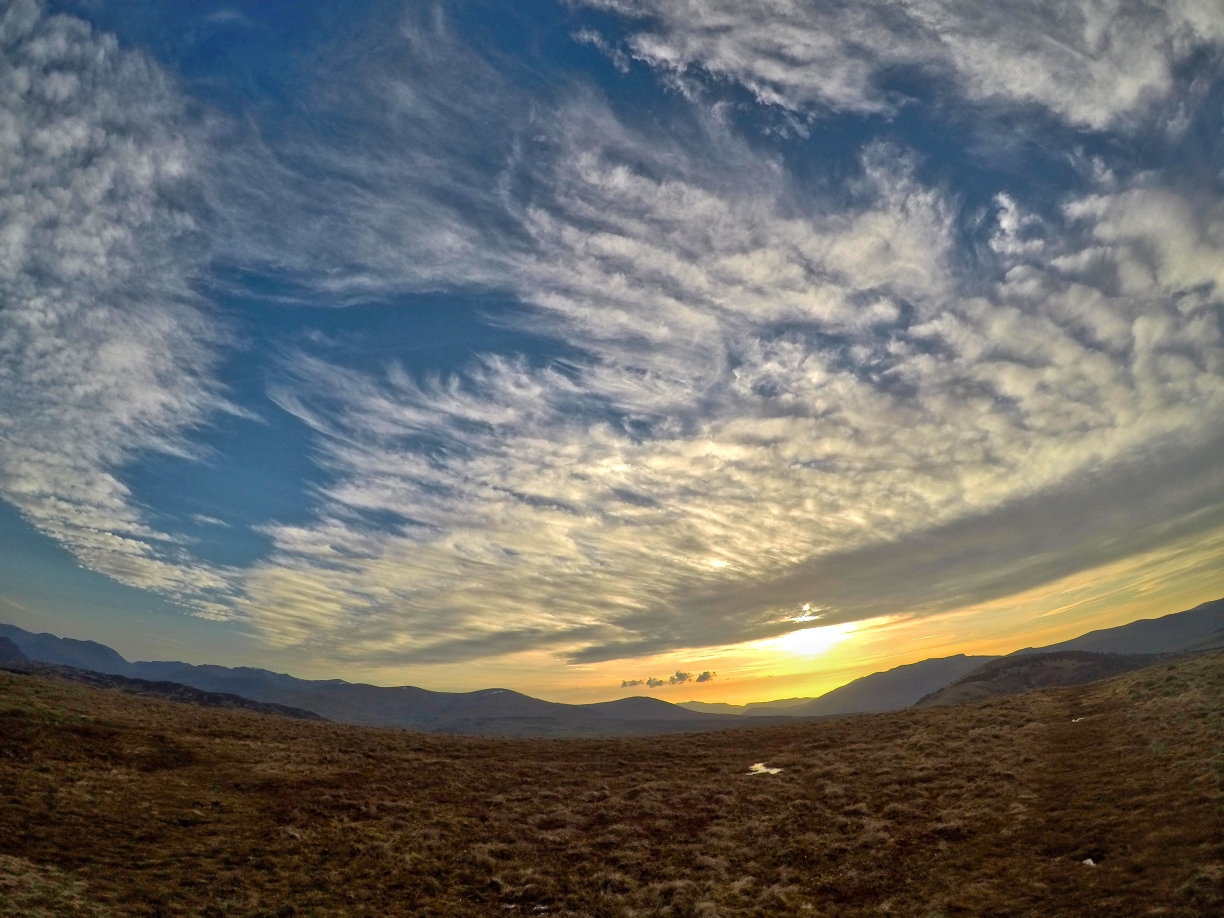 Coming down is easy, you can either turn around, heading straight back on yourself or you can continue down the front a little and then head round the side, leading you back to the muddy field from which you came. We opted to head down the front, the day was getting into golden hour as we continued and the hill in front of us was washed in a bright orange glow as we walked towards it. Heading round the side offered no set path, we followed a number of sheep tracks in the general direction, it is such a small fell it would be near impossible to get lost. Eventually we found ourselves back at the original path with just a small amount of the descent left to go, back through the muddy field (which I definitely nearly fell over in) and back to the car.

An easy walk but one I would definitely do again!